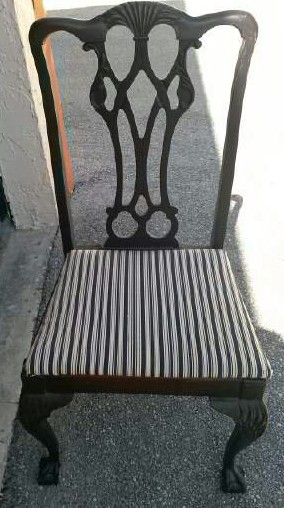 How old is this chair. Will it’s value take me to Starbucks or the BigTime

Everyone who knows me knows that I am permanently on the hunt for furniture to refinish. Now I am lucky in the fact that my ex-husband is the king of the curbside pick up and the garage sale find. I am also lucky  that we are getting along well after years of fighting with each other. After a few years we realized we had to raise your uber cute son together and got over ourselves.

He LOVEs garage sale and goes every weekend. A) That’s good for me when I go along because my negotiating skills are nill. If I want something I just let him know and have him handle it. He’s Australian so with that accent of his and his ability to spin tales I know he’s going to get what I want at a good price. B) It’s also good for me because he is always on the look out for good pieces for me and occasionally shows up with a little gem.  I’m getting off the subject.

He calls me up and says he found two  chairs on the side of the road and” they look pretty good”,  he always says that. When I seem the I’m impressed the look nicely made and they have claw and ball feet which I love. I don’t pay too much attention and throw them in  my storage space to deal with later.

A few weeks later I take a closer look at them all excited to refinish they with some black paint and gold wax  accents. Hmmmm, as I look closer I realize the claw and ball feet are carved really really well and have a lot of detail, that’s good. When I turn the chair over to look at the seat, I see three layers of fabric with the apparently original covering secured by orderly nails and some words stenciled on the bottom No. 7155 MAH Polona WI NE. Hmmmm. I’m impressed with the workmanship and as much as I want to start slapping paint I don’t want to jump the gun if I actually have an antique that is worth something.

From my research the chairs are Chippendale style. I’m still thinking that they are a nice 50’s or 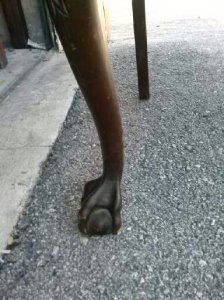 60’s era reproduction. I don’t want to get too excited.

My dream is to go on The Antiques Roadshow and have those super cute furniture experts, the Keno brother’s (the twins) hopping from one foot to the other dying to tell me that have have two treasures worth 1/4 million each. That could happen. meanwhile I’ll keep doing my research to see what I have.

If the are from the 50s or 60s I’ll be happy, if they are Victorian Era reproductions I’ll be thrilled and if they are older than that I’ll be over the moon. 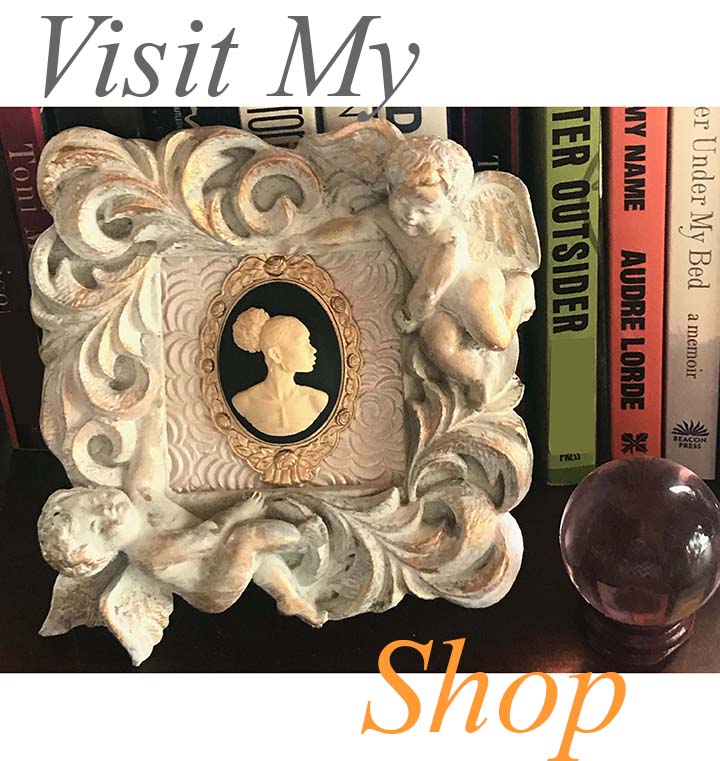 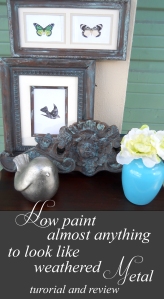